Prostate cancer as one of the most common types of cancer in men according to the American Cancer Society. Fortunately if caught early, the prognosis is good. Even better than treating it, is of course, avoiding it altogether. The search for the cause of prostate cancer is ongoing and a recent study was recently completed.

An eight year study of 29,361 men has just been completed. The study examined the impact of antioxidant supplements on the rate of prostate cancer. “There has been definite interest in their use, based on a few earlier studies that have been done” said lead researcher Richard B. Hayes, senior investigator in the division of cancer epidemiology and genetics at the U.S. National Cancer Institute.

Reporting in the Feb. 15 issue of the Journal of the National Cancer Institute, Hayes’ team calculated the risk of prostate cancer for 29,361 men aged 55 to 74, all of whom were participants in the Prostate, Lung, Colorectal and Ovarian (PLCO) Screening Trial.

Some of the data that was analyzed included the amount of common antioxidant supplements including vitamin C, beta carotene, and vitamin E. Some of the men had been taking these supplements for many years prior to the study.

Vitamin E did have a positive impact for smokers according to the research. This was consistent with previous trials.
Although the three supplements studied in this trial showed little help in preventing prostate cancer, previous trials that examined other supplements did show very encouraging results.

Fish oils, which contain EPA and DHA, were found to reduce prostate cancer by 11% in men that consumed about 470 mg./day. Selenium has been found to cut prostate cancer in half. Over five clinical trials have supported this. It is recommended that men take a 200 micrograms of selenium daily. 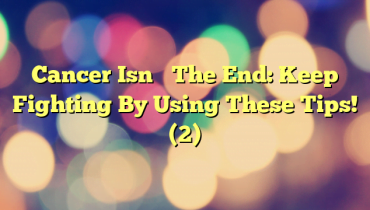