Men are particularly proud of their packages and the number of times they use it to pleasure women. What escapes them is the fact that careless overuse of it and a lack of hygiene may get their members into big trouble and ultimately put men’s sexual health in jeopardy.

Penile cancer
Cancer of the penis is a rare condition that affects the male genital organ. The American Cancer Society approximates about 1,530 reported cases of penile cancer yearly. It occurs in a ratio of about one or two men out of a hundred thousand in the United States alone, and is said to kill about 280 men each year.

To define it more technically, penile cancer is a malignant growth of cells in the tissues and/or external area of the penis. It usually originates from the glans and/or the foreskin. Though it may rarely occur, it is generally an aggressive form of cancer that has a tendency to spread. Uncircumcised men are at higher risk of acquiring this form of cancer.

Doctors have to know what stage the cancer is in to determine how treatment will be implemented. Stages are differentiated as follows:

Stage 1 : Cancer cells are found only on the surface of the head of the penis and the foreskin.

Stage 2 : Cancer cells are found in the deeper tissues of the glans and have already spread to the penile shaft.

Stage 3 : Cancer cells are found in the penis and have already reached the lymph nodes in the groin.

Stage 4 : Cancer cells are found throughout the penis and the lymph nodes in the groin and have already spread to other parts of the body.

Causes
The exact cause of penile cancer is difficult to pinpoint. However, uncircumcised men appear to have higher risks of developing this form of cancer. The presence of smegma, a cheese-like, foul-smelling substance found under the foreskin of the penis, appears to have a connection to increased chances of penile cancer in uncircumcised men. Poor genital hygiene also increases cancer risks because smegma may still deposit itself under the foreskin even if it has been circumcised.

Unhealthy sexual practices may also cause cancer of the penis. The human papilloma virus (HPV) causes genital warts formation. Genital warts are passed on through sexual contact and are among the most common sexually transmitted diseases.

Smoking reduces full functionality of the Langerhans cells in the male penis. Langerhans cells are found in the lining of the penis to control genetic changes in a man’s penis. Also, smoking increases cancer risks as sixty out of four thousand chemicals found in cigarettes are generally carcinogenic.

Signs and Symptoms
Many cases of cancer of the penis can be easily detected during the early stages. These symptoms often signal patients to seek immediate medical attention. However, there are some cases where the patients do not manifest any signs until it has reached its advanced stage, and some may show symptoms that may appear to be due to some other disease aside from cancer.

Below is a list of the most common symptom of having penile cancer:
· Abnormal growths on the penis. Warts, blisters, sores, ulcerations, white patches that may be painful or not.
· Abnormal penile discharge. Any unusual fluid coming from the penis.
· Bleeding.

Treatment
Treatment will depend on the gravity and stage of the cancer. It may include one or a combination of the following:
· Surgery. This includes removal of the tumor and some healthy tissues surrounding the tumor. It may also require circumcision, where cancerous foreskin is removed. At worst, partial or total removal of the penis and associated lymph nodes.
· Radiation therapy. This is administered along with surgery to prevent recurrence of the cancer.
· Chemotherapy. Topical medications may be used during the early stages of penile cancer.

Being proud of your healthy sexual appetite should not distract you from keeping yourself safe and protected. You, after all, only have one sexual organ and you should be taking care of it. Taking it for granted may put an end to any man’s sexual activity and make you regret it for the rest of your life. 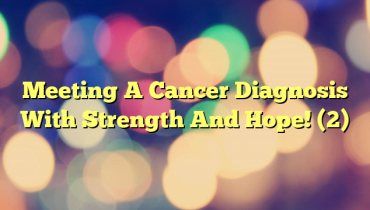 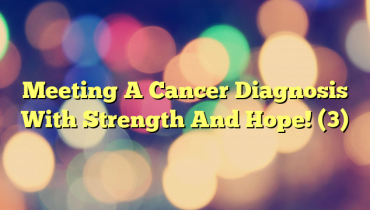